This is when is a foot hangs down due to nerve damage, either peripherally down to the bone or after a stroke, for example Inability to lift the foot because the muscles on the front of the lower leg have become paralyzed. 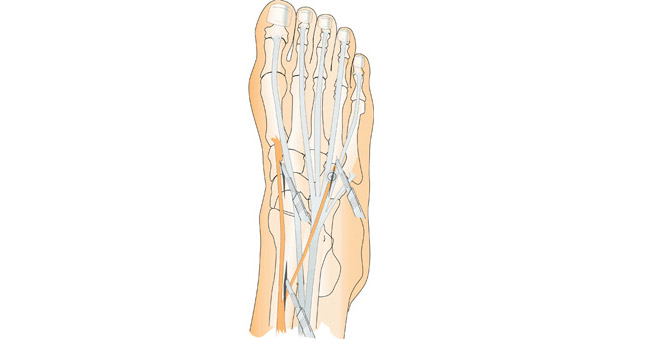 1. Three skin incisions at the front of the foot /lower leg. 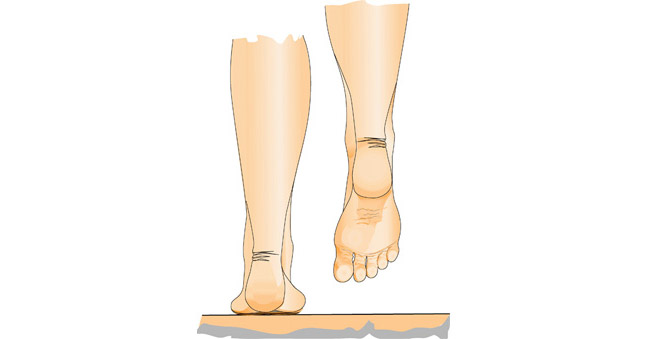 The problem is often lifelong. This can cause major problems in daily life. The foot locks up and can cause bruised toes and result in falls.

Often, patients have to try a splint (so-called dorsal extension splint) made of plastic that lifts the foot. This has its limitations, wears out quickly and can be difficult to put on, for example, at night if you need to quickly go to the bathroom.

There is a surgical method in which the foot is tightened up using a tendon that runs along the front. The result usually has several advantages over an external splint. The patient can go into the shower and on the beach without the foot hanging down and the risk of getting stuck.

The procedure is performed as day surgery, usually under general anesthetic, and takes about 45 minutes. After surgery, weight must be kept off the foot that was operated on by using crutches for 6 weeks. The patient wears a plaster boot or orthotic during the same period. The sutures are removed three weeks after the surgery. Sick leave is about 6 weeks.